Pyramid sets, negative sets, pre-fatigue are all terms that featured in Tuesdays personal training sessions.  They sound scary…but they are not really…honest…

When I arrived I was surprisingly awake and alert for a morning, especially a Tuesday morning…and I was still mostly just happy not to feel ill! I was also surprised I wasn’t aching after the first Body pump in 2 weeks..but I wasn’t 😀

We started off with a 4 min warm up / interval session on the cross trainer and then straight into a dynamic / mobility warm up with a vipr, just like in the picture…with red snazzy movement likes and slow motion effects following me around the gym, doesn’t that happen to everyone?
there were also, squat jumps, split jumps, side lunges and walking lunges.

2 x Negative sets of Bench presses @30kg
A negative set (it turns out) is where you concentrate on the eccentric movement phase of the exercise, in this case the downward movement. I had to lower the bar slowly, slower than in a normal bench press, and then Matt assisted on the up phase.

1 set of really odd curls where you start with a hammer curl (8kg) at 45º to the body, then when the dumbbell is near your shoulder, lift your elbow up abducting the shoulder joint, then, just before you hit yourself on the head with a dumbbell, press it upwards. I am sure these have a technical name…

and…just in case you were wondering…there is no actual exercise where the aim is to hit yourself on the head with a dumbbell…don’t let anyone tell you otherwise!

There were then plank rocker things, dive bomber press ups, battle rams and table holds in to dips on some little bars that had uncomfortable knurling on the hand bits…

Yes I knew what knurling was without looking it up…I have a material science degree in another life you know :-p

I got sidetracked by the knurling…the same thing happened on Tuesday…I suppose it took my mind off how hard dive bomber press ups are! 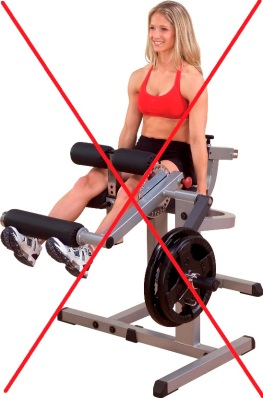 After this, we forgot how to use a leg extension machine…
Well…not forgot as such, but it took two of use to set it up correctly…Is this a good sign or a bad one for a personal trainer / fitness manager and a gym user who is training to be a personal trainer??

We just never use them…either of us!

ok…We hadn’t lost our minds I promise…the leg extension machine was apparently to pre-fatigue my quads before doing overhead squats.

Next trx work, where we concentrated on isometric contractions…chest press (hold), roundy shoulder hold while facing down (no idea what this was called…) and pull ups (on toes) with hold at the top (probably supporting about 3/4 of my bodyweight on the pull up)

Then I discovered that it is really almost impossible to do handstands while laughing. Thankfully not by falling on my head…
once I had told Matt off for making me laugh I managed a hand stand, then another one in which I moved my legs out to a wide legged stance while upside down!

After all this it was revenge time! 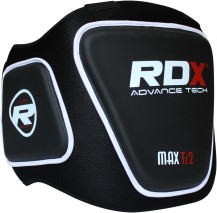 OK…it wasn’t as bad as all that I promise! He was wearing his fancy pants body protector thing!

The idea was I could attack using close punches, and straight punches to the midsection, and Matt would annoy me with his focus pads so I had to look for openings etc and hit him. I had to not hit him in the face mind you…even when he dropped his guard and left his face wide open.

I was very restrained I thought…I only hit him on armored bits! I didn’t even miss “by accident…” 😀

3 thoughts on “Day 256: The thing that is important when doing handstands…is not to be laughing at all!”