I spent a considerable amount of time before this weekend worrying about the course.

Not sensible worry like “have I studied enough to pass my exams?” or “is it going to be difficult”

but I was entirely terrified of being laughed off the course!

I was terrified that I was going to be the only non-stereo typical “skinny fit girl / muscle guy” type on the course!

Of course I was wrong…it was stupid…But that is how my brain works sometimes!

I couldn’t get out of my head the worry that the whole course would be laughing at me and wondering what the fat girl was doing there!

Of course they weren’t!

woohoo 😀 no resits for me!

As it turns out the course was awesome! We had 4 exams, which turned out ok…

I was worried about the health and safety one, because the subject (while necessary) is dull and therefore I paid less attention to it than I should. It seems to be mainly common sense mind you 🙂

Now although this workshop was about being a gym instructor, the majority of the first two days looked like this: 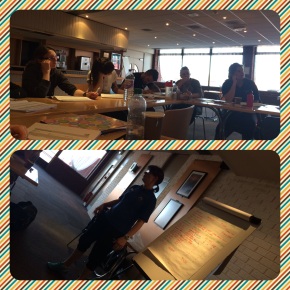 (apologies for the badly exposed photos, I was sitting facing a very bright window) . We spent a lot of the first two days learning theory, partly for the exams and partly in preparation for the practical bits of writing gym programs for people and being generally motivating!

It was interesting, although very traditional in its approach. But I guess it is like everything, the traditional is a large part of the basic level and while it is not actually wrong, there are far more exciting things to learn as you move onto the higher levels 😀 (I can’t wait for those!)

There was a little practical work on these days, on the Friday we learned to explain the CV machines in the gym (yes, even the treadmill…I had to go on a treadmill…twice!!) and on the Saturday we learned how to explain the fixed plane resistance machines. this meant we got to use them, a little but nothing that really constituted a work out.

SO each day when I got home I did the following: 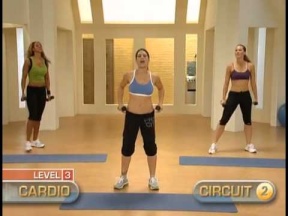 I finally moved up to level 3 of the 30 day shred. I was extremely tired by the time I got home which is why I chose a relatively short workout!

Level 3 is definitely hard work! I confess to buying new dumbbells…I got one set of 3kg (6.5lbs) and one set of 5kg (11lbs) and used both during the workout depending on what the exercise was. Press up rows for example I used 5kgs, and not only because my 5 kg dumbbells are hexagonal and therefore don’t roll away when you are resting on them! (although that is a big factor)

I need to do level 3 again before I can work out whether it is as hard as I thought it was at the time, or whether it was made significantly harder by the fact that I had been up since 6am, and had driving for over an hour each way to my course and done exams and all of that stuff!

That may have been a contributing factor…

but also there were jumping…lots of jumping and suchlike!

I was less tired on Saturday, I still got up early I still had to drive as far, but I was worried less which means I slept better and didn’t use up energy needlessly being paranoid! 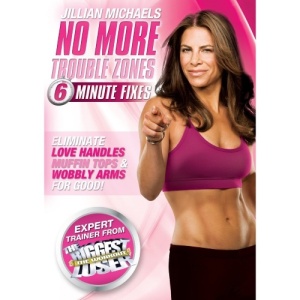 On this basis, I decided to try out the last of my set of Jillian Michaels DVDs, no more trouble zones.

Ok…we all know you can’t spot reduce fat and size and what not, and Jillian even says this in the video, so I didn’t have to get cross with it which was good….

t is always self-defeating being cross with a DVD!

The “6 min fixes” is very misleading too…not that I believed I could do much good in just 6 mins but it is actually 7 6 min circuits with a warm up and cool down on each end.  It was basically another series of short circuits that mixed High intensity cardio with strength, these ones just focused on different areas of the body at a time.

There were a lot of squats in it, and a lot of leg exercises, which can only be a good thing in my campaign for stronger legs!

So that brings us quite neatly on to day 268 (Sunday). The third day of my course.

It was the best day!

Firstly because I got the exam results back from the other two days and discovered that I am not stupid after all!

Ok…I didn’t really think I was stupid..sorry…I did think I had left too much of my study to the last minute…however, it seemed to work! 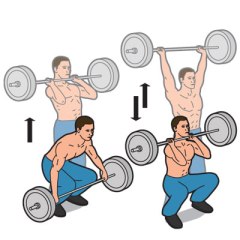 Other than this, Sunday was the day we learned to teach freeweights.

this was a lot of fun, and definitely the most active bit of the course! It also lead me to be complimented by the instructor on the quality of my clean and press 😀

I was the only one who went down into a full squat in the middle of the move and pressed it up from there! 😀

I have to blame Matt for this (blame…or thank…) as he is the one who taught me to do this lifting stuff properly! He is the one who insists that I do things properly and now it has just become a habit! 😀

Even with all the  freeweights there was still a lot of sitting, and a lot of driving so (as I got home earlier) I decided to go for a run as I hadn’t run since Tuesday!

I know I probably looked no different from the last time I went out, and I know I shouldn’t really try to second guess what people are thinking about me because they probably are not thinking about me at all. But it is not about any of that, it is about how I felt while I was running, and I felt like a runner! I still walked when I was told to, but I ran when I was told to too and I actually felt reasonably confident while I was doing it! OK…it was actually a slower run than Tuesdays, but not by much but I was not worried too much about  that, It was a good run after a long tiring weekend 😀