Yesterday was a day of PBs…. and today is my Birthday so excuse me if I get a bit over excited! (and confusing as it is today but I am writing about yesterday) 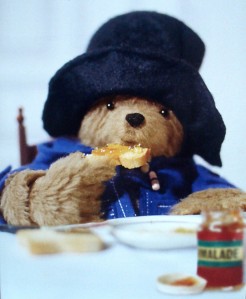 we all know what PBs are don’t we….that’s right…Paddington Bears!!!

Ok…not Paddington Bears but I couldn’t resist the temptation to put up a picture of him…he is my favourite childhood bear friend!

any way…PBs…of the exercise related lifting things up and putting them down again variety. Yesterday involved 5 PBs and 2 almost PBs hehehe woohoo!!

IN case you hadn’t guessed it was PT day yesterday, it all started well, I remembered which card to use to get into the gym and everything. A definite plus at that time in the morning!

After a warm up and a chat about passing assessments (woohoo) we started the session with boxing for a change. we did a few rounds of combos with defence and counters and what not thrown in.

This is possibly because last week I mentioned my 50kg deadlifts and wanted to see them for himself. 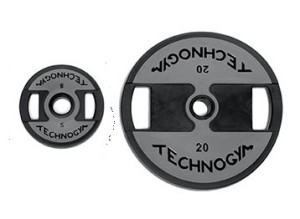 This much…on each end of an olympic bar…70kg…like graduating onto grown up weights!!

So that is what we did first, 5 x 50 kg deadlifts
because I did this with apparent ease, Matt decided that I could do 60kg…so I did 5 of them, considerably easier than I expected…which of course led to Matt thinking I could do more…which led to 70kg 😀 so that was PB number 1 (well sort of number 1 and 2 but I am counting it as 1)  deadlift 70kg (154lbs)

I also did 8 x overhead squats and 3 x jump to dip with a tuck hold…even though the dip was still only the down phase…and one almost up phase.

In the middle of all that somewhere we did some more boxing…because that is what you need to do in the middle of heavy lifting…go off and do some boxing!!

All in all it was awesome! It left me completely knackered in an odd sort of way, differently tired to normal but also…really really over excited!! 😀