As I have previously hinted, (or in fact stated) I spent this past weekend at the Tewkesbury Medieval Festival. This is the largest Free Medieval festival in europe apparently and it certainly is massive. It involves a reenactment of the Battle of Tewkesbury from the War of the Roses and a very large medieval (and medieval-ish) market and lots of entertainment!

Mythago are invited every year to dance there as part of the official entertainment. We generally do one official stand where we tell a story and one or two other stands with one off dances.

It is generally an awesome weekend, a large proportion of the side comes along to it and we camp in a large sort of huddle and make it into a very sociable event! Look here we are camping…I am there in the background and one of our number is even in medieval dress! This happens a lot at this festival…there are more medieval clothes than any other!

at least that is what everyone else did…

what I did was do two stands on Saturday, including every single dance in stand 2 (the story) and gave myself heat stroke which lead me to go to bed with a fever (literally) and shiver for 45 mins with blue hands and then sleep for 12 hours…

That was a little bit of a shock to the system I can tell you, I thought I was drinking enough and I wasn’t aware of feeling too bad…until I was!

It was the Kings Men Story, I have told you about it before, it is the story of the Rollright stones in Oxfordshire,  in which a warband led by a king is tricked by a witch and everyone is turned to stone

We are not the only crazy people out and about in weather inappropriate kit either, there are a lot of people dressed as knights…in the full kit with wool and padded under garments and basically big tin cans over the top!

There was a lot of it about…they reenacted the battle both days, it was very impressive! 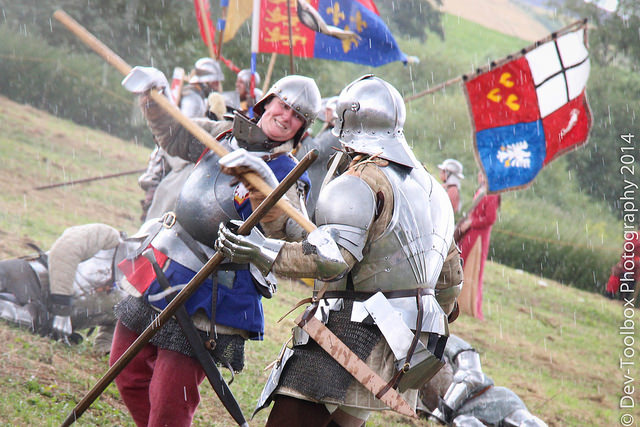 ON the sunday, I was feeling right as rain and full of metaphorical beans 🙂

We did 2 stands, the first was a series of one off dances done basically just for the fun of it 🙂

The second was, again, the story of the Kings Men. We decided that a large percentage of the audience would be different so it was ok to do that same story, and they definitely seemed appreciative! 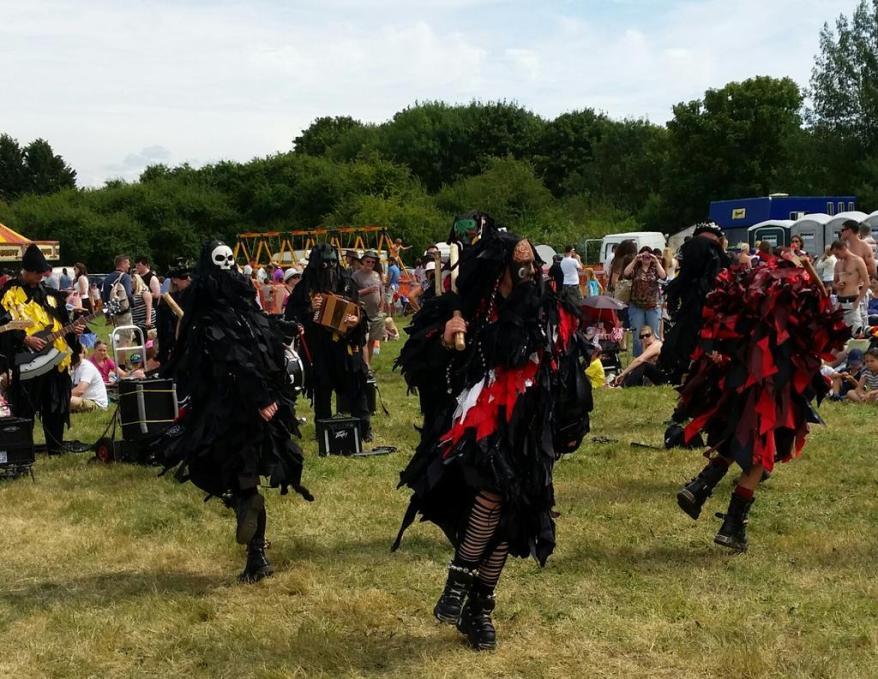 that is me, front and centre 🙂 click for source

It really was an awesome weekend, with good friends and excellent dancing…

for those of you who like to know these things…the dances I did were:
Triskelle (x2)
Avebury Ring (x2)
Foulmouth cat
Spank the Monkey
Fanny Frail (x3)
Our Henry (x2)
Star of the County Down (x2)
Maiden Castle (x2)
Witch Hunt (x2)
Standing Stones (x2)
Broomstick (x2)