I have probably said all this before, but I am going to say it again because it needs saying.

It is time we stopped making assumptions about people based on appearance and preconceived ideas.

forgetting anything you have read on this blog so far…which one of us is fitter, healthier and better at running?

Now take into account this whole exercising every day for ever thing, and the fact that Rachel smokes, does no exercise (until recently)and took up running 1 month ago…

see that changes things a bit doesn’t it…

I am not going to lie and say I have never made an assumption like this, and I can even understand why it is most people’s first thought, but I would like to sow a tiny seed of doubt in peoples minds… a tiny spark of the thought that things may not be as they seem…

You may be wondering what has brought this up right now…well something happened a couple of weeks ago that made me realise that no matter how far I know I have come, I am still fighting against peoples preconceived ideas and their snap judgements.

anyone remember this run?

Rachel and I went out for a 5km jog/walk as part of the half marathon preparations.

I convinced rachel that instead of walking back we should continue with the intervals and run walk back…thus making her run almost double her normal distance. At the very end, just as we were starting our cool down walk, two things happened: 1) rachel decided to sprint for a minute, I was going to but decided not to and so started my cool down walk. b) we me a man who turned out to be from a local running club.

the first odd thing was he just started talking to me despite the fact that I was obviously in the middle of something but that is a different point. the really annoying thing was the way the conversation went.

He started by asking if we wanted to come to the runnign club…ok so far, but followed it up with a lot of words which included:

and so on and so on!

OK…from the first glance the assessment of the situation could be excused. but during the conversation we talked about the 5k and 10k raced i had been in, Rachel talked about how she had only been running about 3 weeks, and the assumptions and comments were still the same.

no amount of talking, including me assertively stating “look seriously I am better than she is!” (for which I did apologise to Rachel afterwards but she understood) could get this man to change his mind.

In his head, the taller thinner person was fitter. no ifs no buts no nothing. 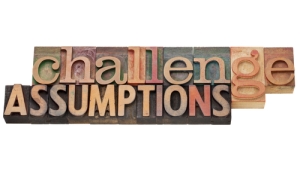 I am not denying that this is sometimes the case, but I really want everyone out there to consider that once in a while it isn’t that way.

Even more than that, I want people to listen to the people they are talking to and accept that their first assumption may have been wrong!

To take the positive side of this, these assumptions didn’t make me upset as they once would have, they did make me cross, but they mostly made me glad that I am doing what I am doing. The more people out there running / swimming /lifting / climbing / whatevering of all sizes, the more chance there is of making the world realise that the world of fitness is not just the domain of the super stereotypically fit looking!

I am still working towards not getting the sympathy clapping at the end of races mind you!

(by the way, I am not casting aspersions about Rachel in this post…she knows what I mean!)