No, I am not making new years resolutions. I don’t do that!

In fact, when you think about it, every day marks the start of a new year, after all there are 365 days between every date and the re-occurrence of the same date the following year…

On saying that, I am setting some goals for 2015, the start of the new (official) year was the first time the craziness of christmas abated and I could have a look at the things I want to achieve in the next 6 – 12 months.

Some (a lot) of this is driven by the fact that I have signed up for some things that, if I don’t train properly for them, may kill me (probably not literally).

Some of this is driven by the fact that I lost my way a bit towards the end of last year. I maintained my motivation after my 365 project ended, up until about november. Then I lost my way a little. Not as much with the exercise as with the healthy eating.

OK…I didn’t revert back to old me…not by a long shot!

But some chocolate crept in, some snacking on (way too many) chocolate rasins and biscuits, and then of course christmas happened! Although I didn’t go overboard and eat myself silly, I did eat the wrong things more often than I should have…

So clean slate and all that, I have to confess to having put on 2.5kg. Not as bad as it could be I know, but it is a trend I do not wish to continue. 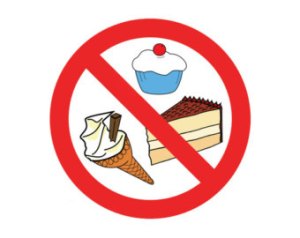 So goal number one and two for January 2015:

as usual my food goals are not too prescriptive… concentrating on these two things, when I actually do it properly, has served me well in the past.

I will tweak them in February if they are not working 🙂

The rest of the goals I have set for 2015 are exercise related. As I mentioned they are closely related to my two major sign ups the Reading Half Marathon on march 22nd and the Grand Union Canal 100km Challenge

so here is the list…it is a bit of a mixture of long and short term goals but writing them here keeps me accountable, you all know how it works!!

seemed like a good point to put this in again…

I think that is enough for now. They are all what you might call SMART goals, I can measure them, they are specific, they are achievable and they have to be completed within a time limit.

So that is that for now, you know what I am going to do, and I hereby give you permission to poke my with a pointed stick if I don’t do it!