I did not cheat on Juneathon, I promise!!

This weekend was taken up with a lot of dancing at Wimborne Folk festival, which was awesome but left little time for blogging.

I did manage to get a tweet in each day however, which is acceptable according to Juneathon rules 🙂 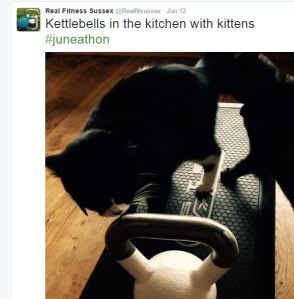 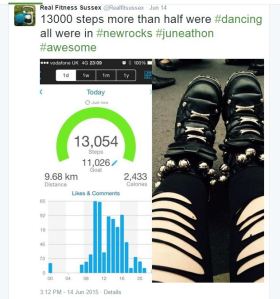 THe first thing I did on friday morning was (well faff about and watch Buffy the VAmpire Slayer…but after than…) ket my new (to me) Reebok step out and my lovely kettlebells and do a quick workout in the kitchen before setting out for Wimborne. I was ably assisted by all three kitten monsters! Then we were off!

Wimborne Folk festival was awesome. Mythago went en masse and camped (in two seperate places by accident but that didn’t matter) which made it like a holiday.

I traveled down there with a friend who shares my love of books and dancing and adventures, and as intrepid explorers we quickly made camp the set out to forage for food and see the indigenous culture for ourselves.

THis involved a very pleasent little cafe and a trip to the Minster, in which there was a chained library! This is a very exciting thing, containing books which are clearly too dangerous or magical for the general public and which may go on a rampage if you are not careful! 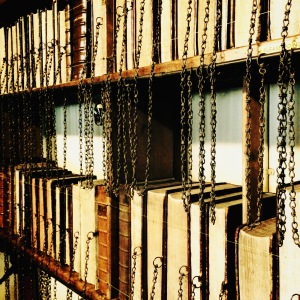 The saturday and the sunday were taken up with dancing! lots and lots of danceing, and walking between stands and backwards and forwards to the campsite!

It brought my Garmin adaptive step goal up to over 11000 steps for the first tie ever!! It adjusts to your activity level so I guess it now considers me active!! 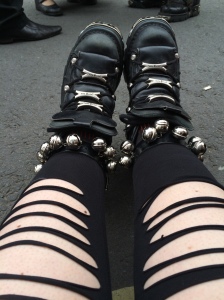 Very tired feets at the end of the weekend!!

Monday was virtually a rest day! I was worn out! I did however have to teach my circuits class, and due to a slightl lack of participants and a game that needed two people in it, I had to join in…which totally counts, I write hard classes! 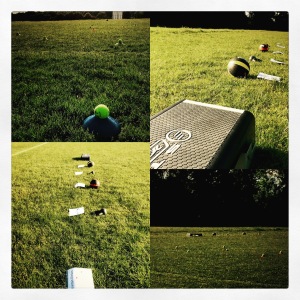