So the second week…

this week was generally overshadowed by the compulsion to kill people and the lack of energy that comes with drastic cutting out of carbohydrates!

Remember last week when I told you about this new training I was doing… at the not quite as scary as it looks gym… well this training came with an eating plan, and this eating plan came with carbs only at breakfast in the form of two weetabix…

This very rapidly turned me into a crazy, homicidal emotionally unstable person who couldn’t remember how to use their brain!

It also made me lack energy for doing extra things like walking around and exercising…don’t get me wrong…I still did it, but boy was it hard work!

So after threatening to trow in the towel several times, I mentioned this to the person who set the plan…who said I must be doing a lot more exercise than they thought (well…I did mention what I did…but I guess he didn’t take it on board…) and has now added rice into the plan which mainly consists of chicken or salmon and veg! So I am giving it another chance and I will keep you posted…

now to the exercise…

Tuesday was training day… no not like the film!!

It really wasn’t like the film, thankfully but it was hard work!! I trained shoulders and calves, both areas I don’t normally concentrate on…well, no, I *do* train shoulders…but I hate it and my calves as you may have inferred are just a massive problem! Apparently this will help…

Tuesday was also walking day 😀 I took one of my clients (yes…I have those did I mention it?) on a 6km brisk walk to supplement her PT…it was lots of fun and also counted to my daily activity 😀 win-win really!!

Well what do you think happened on wednesday?

walking!! about 2.5km at lunchtime…

Lots and lots of dancing! even more than normal as the number of dancers was low. But I never mind more dancing! More dancing is always good!!

Thursday I went and met a new client 😀 woohoo! which meant I had to demonstrate things and jump around somewhat… Not as much as if I was actually training…but it helps…

After I finished training, I did some kettlebells 🙂 and some tabata, it was quite a random session which involves, swings, clean and presses, high pulls and tabata of frog jumps and skaters, with a random interspertion of high knee intervals.

It wasn’t a *lot* of training but it was some 🙂 and by this point in the week my low energy / disillusionment and general anger form lack of carbs was kicking in!!

Saturday morning was training at the new gym…in which I nearly fell over due to having no glycogen stores left, none at all!!!

After saying this, then demonstrating it by being considerably weaker than the last time I was there, I was given permission to eat carbs and lots of them that day…to be honest, I was going to do that anyway as I had a dance out later and being weak for a dance out due to something controllable is just not an option!

So after a combined legs and back session, I went home and ate food! Enough food that I would have all the energy that is required of a Mythago dancer 😀 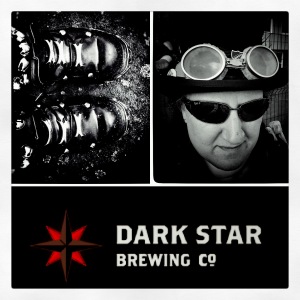 Then came dancing!! Awesome aweosme dancing. it was a local brewery’s open day which they call hopfest and there are bands and beer and of course the unrivaled Mythago 🙂

It was a really excellent dance out! The audience was enthusiastic which really helps and the acoustics of the venue made the music sound awesome which in turn buoys up the dancers!

I would love to have a video for you but I was in most of the dances and didn’t get a chance to take one… the sound and the atmosphere was awesome! I even got to dance probably my favourite dance Summerland. It is my favourite now I am no longer scared of it 😀

Sunday involved pilates 😀 I miss pilates when I can’t go! So this was excellent!! It is hard but awesome and I always come out feeling better than when I went in 😀

I also attempted a run, but this was not really that successful! Better than nothing though 😀

Monday was back to walking a 2.6km lunchtime walk constitutes a rest day 🙂

So 2 weeks in and this is going well 😀