Can you believe it has been 4 Years!!

4 years since I started all of this off!

On 23rd June 2013 I wrote this post: Day 1 of Project Fit Enough to Dance in a Mask the summary of which was, I want to get fitter so I can dance better so I will do some exercise every day. 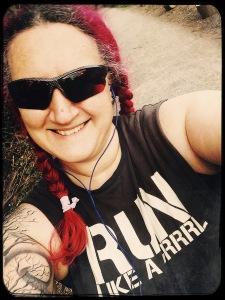 Mildly irrelevant picture of me earlier this month.

As is traditional at new year I feel the need to reflect a little on the past year, but most importantly set myself a new challenge for the year ahead… (yes this is new year for me…in this context I consider my years to start on 24th ish of June)

I think I need to look back to April last year, when I told you I was going to restart my 365 ambitions and then I fell off the bandwagon and in august I came back with promises of goals and such like which I never really fulfilled.

I have been exercising all this time, I promise, I have been less dedicated than during my 365 but I have been working out at least 5 days in a week so I haven’t been terrible by most people’s standards. but I have let some things slide.

I have let cardio slide because I love lifting and I’d rather lift than run… but you know I have pledged to fix this I told you here: I dance better when I am running and I am still running once or twice a week so that is good.

I have let plyometrics and functional training slide… mainly because they are hard and because lifting stuff is fun.

I have let my diet slide, I don’t mean diet like being “on a diet” because that is not what I am about, but I have been slipping back into some old habits mainly around eating too much snack type food and eating large meals.

I have let my blogging slide, the crux of this blog is health and fitness and the main point of it was to keep my accountable. If I am not blogging that doesn’t work. I have also been pretty lax at keeping the promises I make on here…

Yep…a Doctor Who gif… you know its serious now!

Now I am stopping all the excuses and flapping about and eating all the crap (not literally eeew) Now I am going back to the basics and rebooting the whole lot.

Yes…I can totally reboot it again…It has worked for Star Trek, and Spiderman and Batman and so many more superheros… it can work for me!

I am starting again now, today with another 365 days of exercise and blogging. It worked before, it can work again. I am setting the same rules as the first time.

30 mins (at least) exercise a day every day.

Sensible food, no fads no tricks just good healthy food and the odd biscuit because I am not a masochist and it is all about balance!

so that’s it simple and straightforward and back on track I promise!

A Buff gif too, now you know I mean business!!

So as for that…

Today was day 1 and today I ran.

I ran at lunchtime on a much hotter day than I anticipated!!

It was surprisingly good fun 😀 even though I have had to start again right back at the beginning, I am slowly improving again… 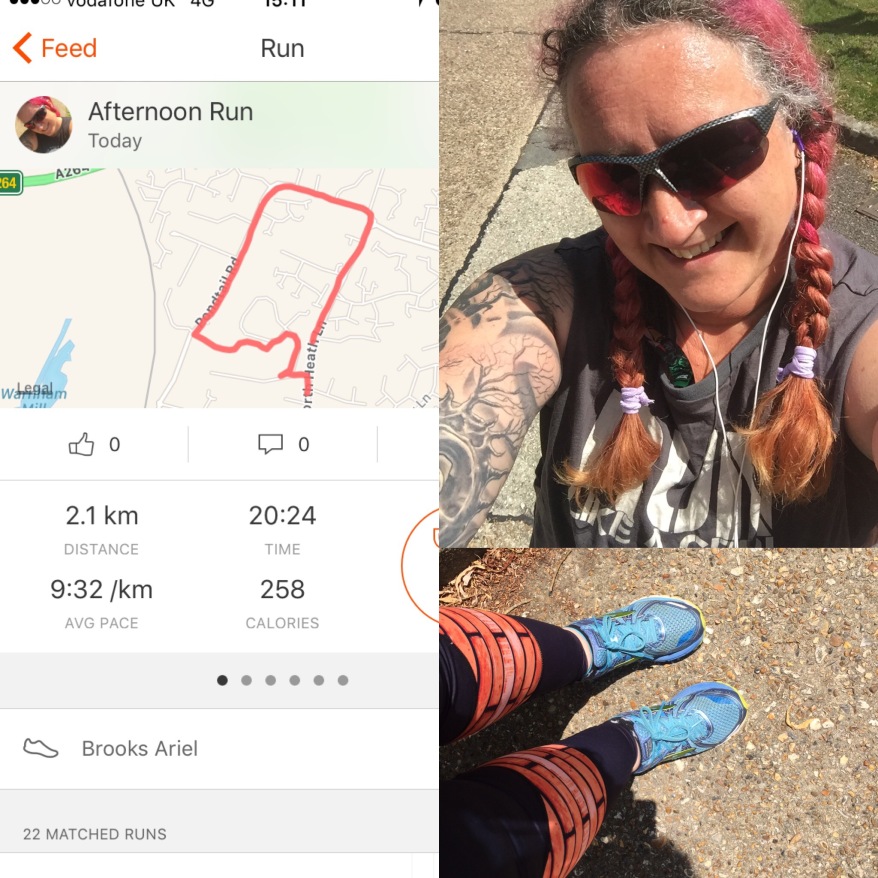 So that is day 1 done, and it was cardio and everything…

Day 1 of Project Fit Enough to Dance in a Mask 2…the Return!