First thing this morning I did a lot of deadlifts!! I had a PT session with Matt and it consisted almost entirely of deadlifts… light ones for a warm up (after a proper warm up) then heavy ones, then a drop set then paused deadlifts it worked out to be something like 56 deadlifts with various different weights up to a maximum of 80kg 🙂 we threw in some rows too just for fun!

It was pretty awesome though… I love deadlifts 😀

There I am looking all cheerful after deadlifts 😁

At lunchtime in fact, I decided that as it wasn’t as hot as it had been, I’d get myself out for a run! It was pretty slow tbh, possibly because of all the deadlifts but I think I did more running and less walking so that is good!! 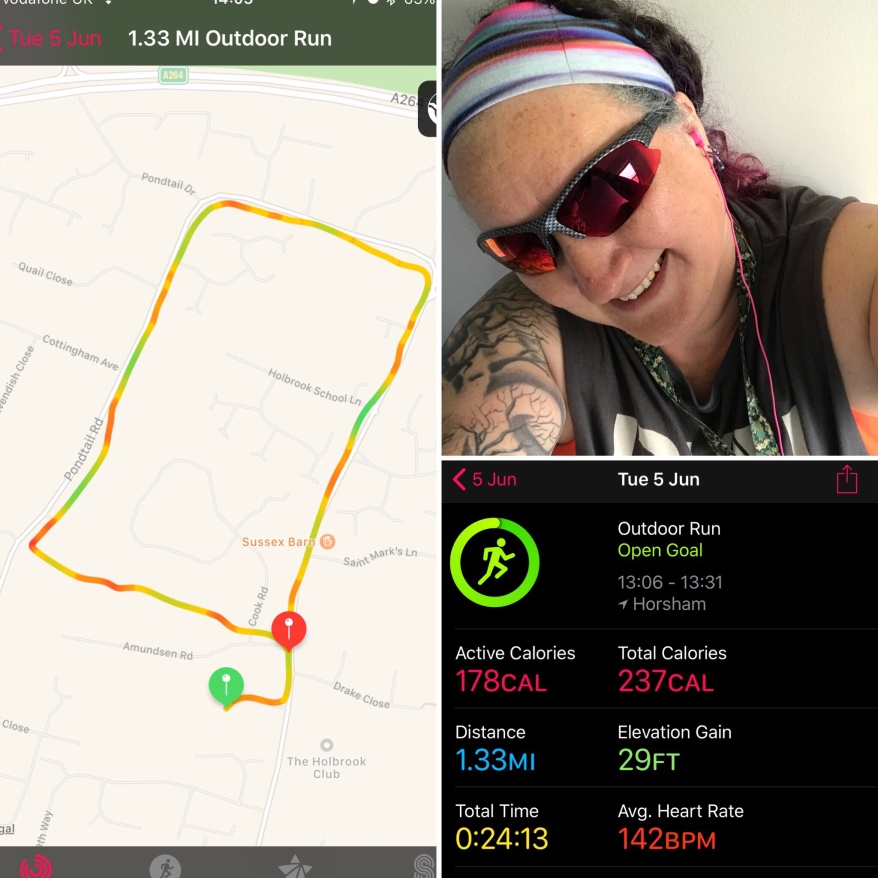 I don’t think I look quite so cheerful there… but that is because running (although I actually quite like it now) is not as awesome as deadlifts!!

Even later that day…

I went to my pottery class where I found that my lovely pot was all glazed and pretty!! 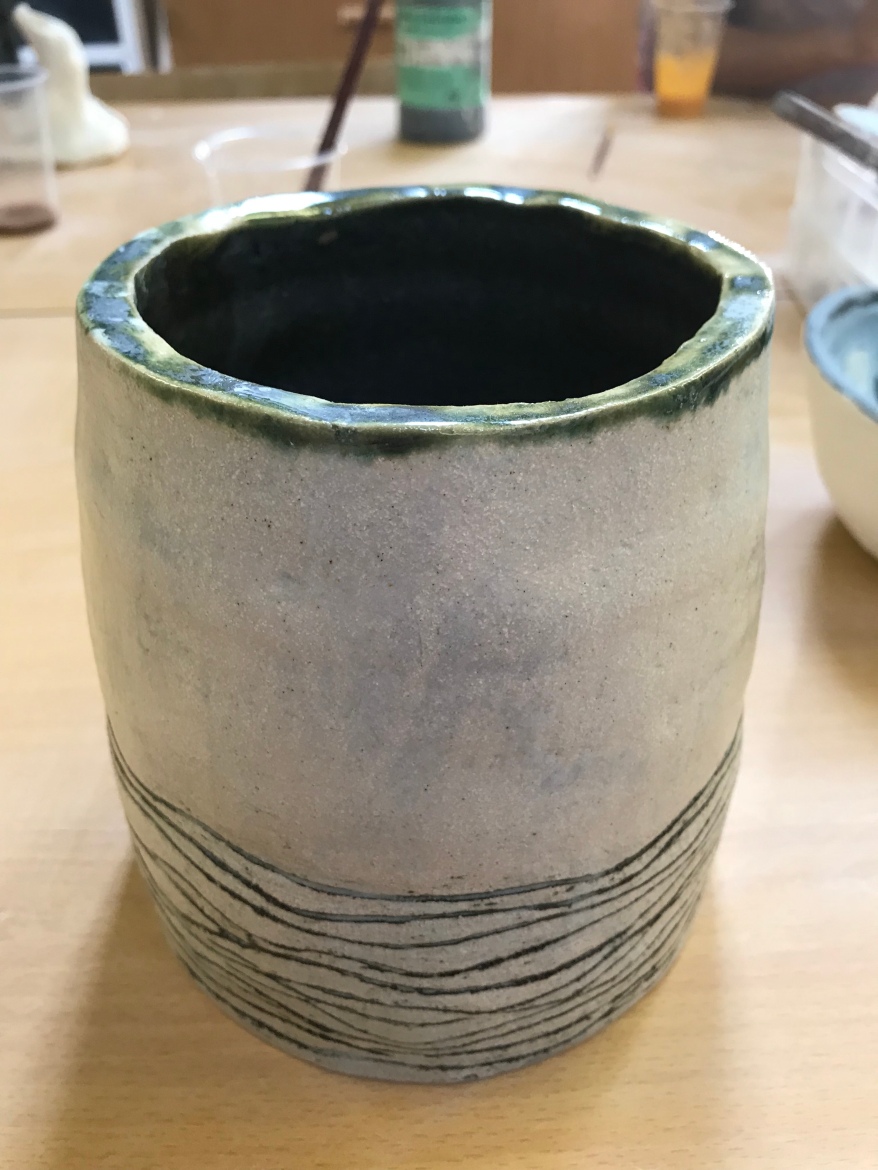 All in all it was a pretty good day 😁😁