PWG Week two: Physio and other such exciting fun!

Last week started off with a fun and exciting trip to the fracture clinic.

Actually it was a very good visit to the fracture clinic as I finally found out what has been going on in my ankle all this time. Apparently I had an avulsion fracture, which is where you fall over and tear your ligaments and the force of this damage yanks a bit of bone out of your ankle so you get a really bad sprain and a break all at the same time! Two for one…yeay! I wish someone had told me that at the start…  (don’t do a google image search on avulsion fracture 😦 )

It was a good visit though as the consultant was happy to discharge me and wrote a letter to my doctor saying I was delightful…he mentioned the medical things too, but mostly it was about how delightful I am.

The next super-exciting activity of the week was my first physiotherapy appointment…It came around much quicker than I expected, I suppose having to rehab a broken ankle is a valid reason for being seen quickly… it was a pretty good appointment to be honest, the physiotherapist seemed to be happy with the exercises I had been doing so far. Admittedly these had mostly been waggling my foot and ankle around at every opportunity and walking as much as possible, but apparently most people don’t do this. 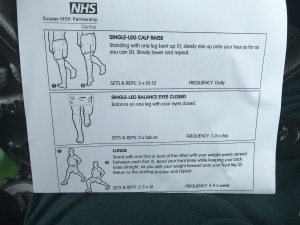 Anyway… the general outcome was I have some exercises to do which mostly involve periodically standing on one leg and doing single leg calf raises, which are hard work even when you don’t have a recently sprained/broken ankle.

According to both of the medical professionals I saw last week, I am healing well and things are all going to be ok. This is reassuring. 🙂
They also say 4 weeks (from last Monday so 2.5 weeks now) until I can run and by extension dance and do insanity… This is annoying, but I am doing what i am told (more or less…)

As well as optimistic medical appointments last week also contained, walking and more walking and some going to the gym 😀 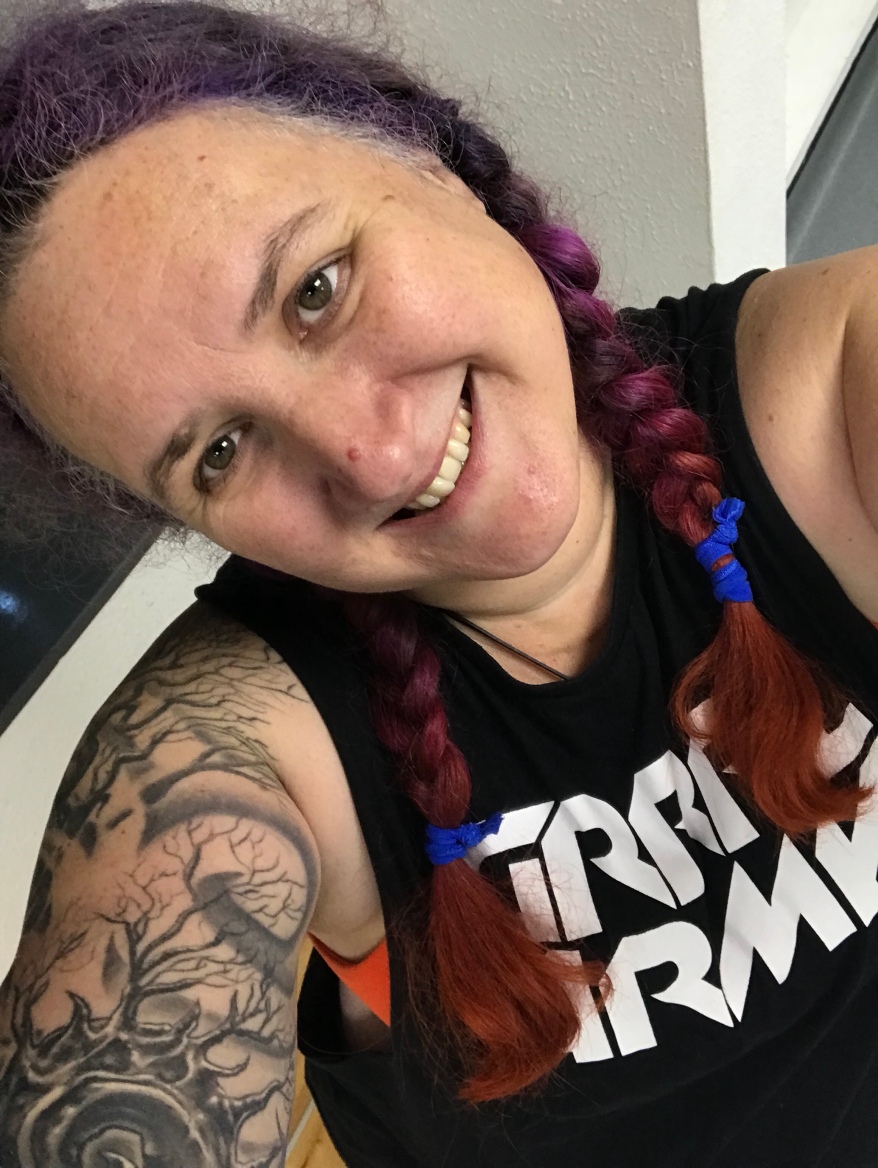 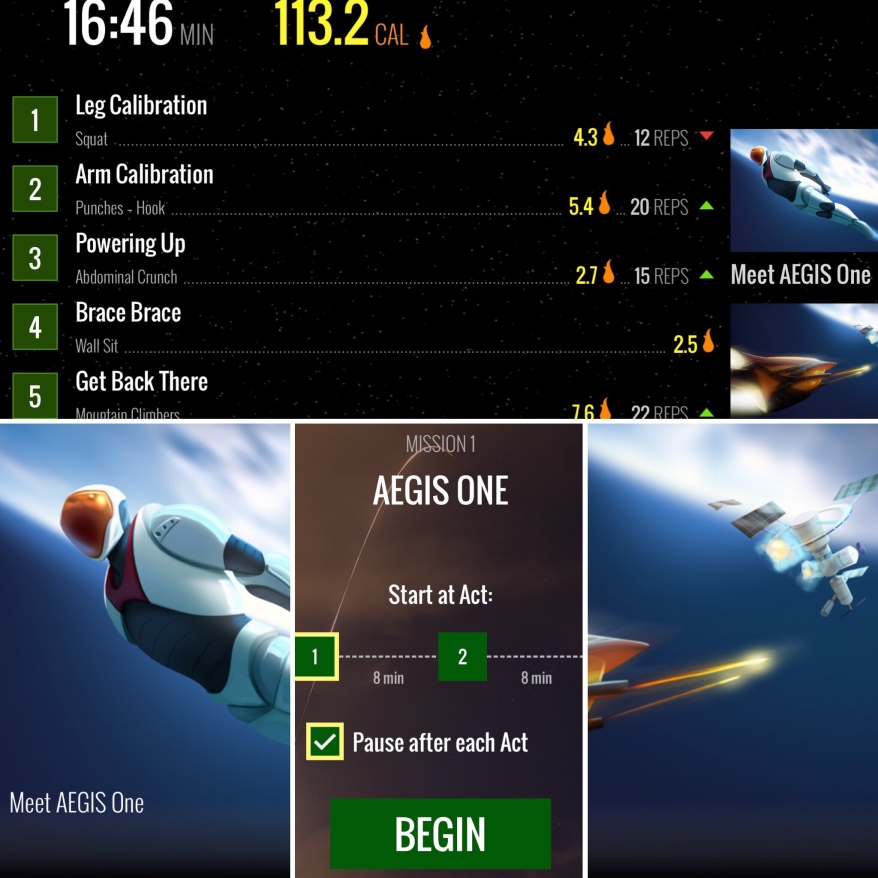 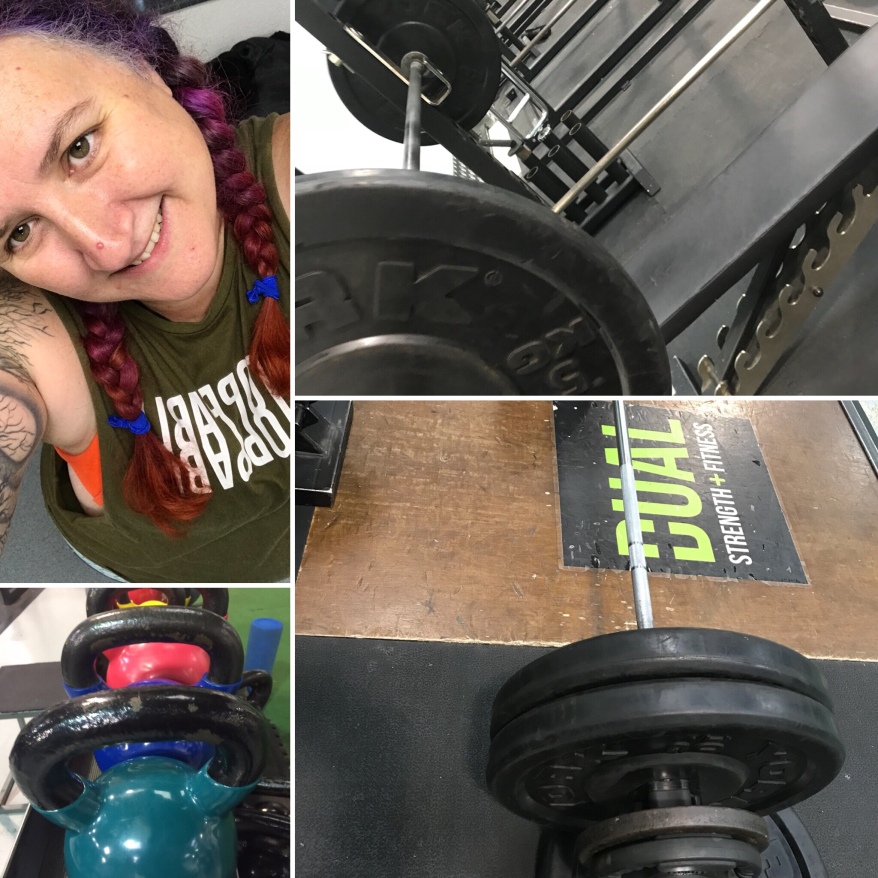