Who Shot Tony Blair? The Novel

Buy this book! Read this book!
Trust me I am the Minister for Good Ideas and Gin and this is undoubtedly a Good Idea!!
(if you have no idea what I am talking about, buy the book, read the book, then you will!!)

Now available on Kindle and coming soon on paperback! 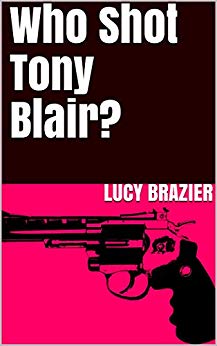 In a post-Brexit, pre-dystopian Britain, the traditional political system has collapsed and Tony Blair is back in Number 10. Only this time, he is tied to a chair in the kitchen under the watchful eye of the accidental Prime Minister’s mother.

Following several years of instability, Britain is more divided than ever. The country has devolved into a ragtag assembly of self-governing provinces, each with their own unique and particular arrangements.

Elected to the position of Prime Minister of East Anglia by lottery (considered the only true method of democracy by some drunk Cambridge scholars), Lucy Wastell comes to power with the intention of reuniting her beloved country, establishing Cambridge as the new capital city and giving her chums all the top jobs. Which…