I have come to realise that to some people, I will always be defined by my weight, as will my capabilities.

To some people, it doesn’t matter what I do, and what I say, my weight will always be an issue that needs dealing with.

We live in a society where it has become a crime to be overweight. It gives people licence to comment on your appearance, fitness, food intake. People come along with unsolicited advice about diet and exercise and how to dress, even how to cut your hair… The only socially acceptable way to be overweight is to be loudly and demonstrably attempting to lose weight. Eating food in the presence of other people brings on a fear of judgement. Buying food in a supermarket opens you up to judgement from strangers about what you put in your basket, I have even read a blog post from someone judging a complete stranger for the items they were buying. 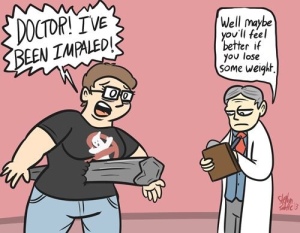 If you are injured or ill, it is because of your weight. Even doctors use this as a reason without even attempting to diagnose a real problem.

If you have trouble doing something it is because of your weight, it doesn’t cross some people’s minds that there could be another reason.

People will speak to you about your weight because the believe they are concerned for your health. As if this concern gives them a right to say things to you that are obviously hurtful and unnecessary. It is as if they think you might not have noticed. The truth of the matter is that concern is often just the story they tell themselves to justify their prejudice. They are conditioned by society to believe fat is bad and therefore the appearance of it on someone else must be a cause for concern. The Societal conditioning has caused people to associate being overweight with being lazy and incapable, movement must be awkward and hard work therefore it is logical that someone doing active things while overweight must be doing themselves damage…right?

Dealing with this situation is hard, if you are upset, its because “the truth hurts but it will help in the long run”.

If you are angry, you are being unreasonable because the person is only showing concern. It is expected that you moderate your feelings to spare those of the person who shamed you.

If you dare suggest there isn’t a problem, or that you are healthy, you must be in denial and need the whole thing needs reiterating. 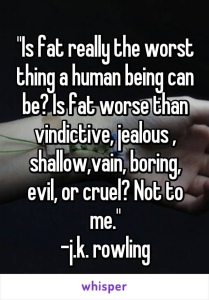 The language associated with being bigger than an arbitrarily picked average has evolved to highlight the differences and to make the situation seem wrong:
Overweight: you have more weight that others, you have extra weight than others.
Plus-size: You have more size than the allotted amount. We have had to allocate extra size to deal with you.
News flash, neither weight nor size are handed out in finite allocations. There is not a predetermined amount of either of them allowed for a person. It isn’t like there is only a finite amount in the world and larger people are taking more than their fair share. These words are often seen as a more polite less harmful alternative to fat as a description, but all they do is emphasise the differences with perceived norms. Fat has become associated with ugliness, laziness and in some cases diminished intelligence and criminality. There are a lot of people who believe that it will be impossible for someone to carry out an activity just because they are fat, or they believe that just attempting something whilst overweight will cause instant and possibly irrevocable damage to the body.

This constant judgement, overt and subconscious, from other people leads a person to doubt their own abilities and worth as a person. It leads you to feel like you have to constantly justify your actions.
“I am allowed this cake because I am going for a run later…”
“I am allowed to have this bag of crisps because I have accounted for it in my calorie intake…”
“I am doing extra fitness/exercise today, to prove I am worthy of a place on your team…”
“I am doing x/y/z to ‘improve’ myself and therefor be a acceptable to you…”

Ok those last two probably don’t get stated quite like that but you fall into a cycle of constantly feeling it is necessary to mention exercise or food choices so that people don’t judge you.

The sad fact I have realised recently, is that if people are going to judge you, they will do it no matter what you say. This could have been an extremely demoralising realisation leading to more and more extreme actions to try and change their minds. But for me it did the exact opposite.

Ok, no it did make me cry and feel useless for a little while but then it dawned on me that I do not need to justify my existence.

I do not need approval from anyone to validate myself.

I do not need to change myself to fit into other people’s misguided ideals! 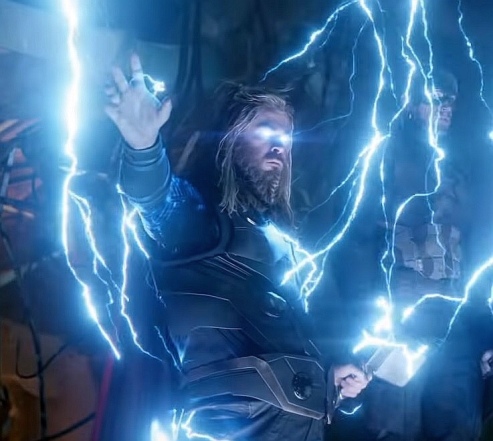 I am strong, and capable, and I can still run (as well as I ever could more or less) and jump and do insanity. Fitness fluctuates according to what you happen to be doing at the time, so does weight. I am not going to apologise for myself any longer.

I am here, I like to lift, I (sometimes) like to run I like to jump about and do silly things…I also like cake and sausages (not together) as well as stirfrys and sushi (also not together).

I am me, I am here and I am not ashamed!