I feel sure I have used that title before. I have definitely used that GIF before and I am pretty sure I will use it again!

Well…it’s a good GIF and it pretty much sums up why I run! I’d forgotten (how could I have forgotten this!!) and part of me thought I run because I dance better when I run. This is true, but it has never been the real reason that I run.

I run in case I am ever called upon to spend time in the TARDIS with the Doctor, or fill in for the Doctor in any way. There is always running involved, and If I am not very good at it I will get captured, or exterminated or deleted or some such thing!! I explained it all in a post I titled “The Doctor Who Contingency” in August 2015.

So, what with broken ankles, and being put off running for ages by a terrible half marathon, I am a little out of practice! This will never do, I need to get up to speed, or at least up to endurance 😁

So I have, in true Warrior Goddess style, signed up for a thing!

I discovered a thing called RunBet it is like a StepBet which I am sure I have mentioned, but it is about running not just steps. Basically, you find a game and pay money to join, all of this goes into a great big pot. Each game has rules, and as long as you follow the rules, you get your money back and a share of what is left in the pot from the people who didn’t make it. It sounds a bit mercenary, but it doesn’t play out like that 🙂 basically you are betting on yourself, and the fact that you get your stake back when you succeed is enough for me. 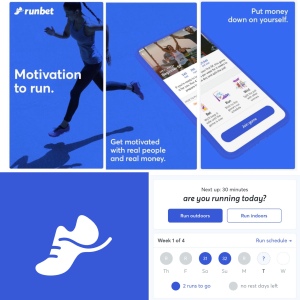 The rules of the game I have joined are quite simple, I have to run four times each week for the next four weeks. Each run must be for a minimum of 30 minutes and must be 18 min/mile or quicker. 18 min/ per mile is equivalent to 11.18 min/km and even now, in my slow running, returning to running form, I can normally get under 11 min/km. Not far under…but under 😀

So far I have done two out of my four runs this week, which sounds impressive until you find out that the week, for some reason, starts on a Thursday. So, I have to run today and tomorrow to get this week’s done and then start again 🙂 It is ok though, I will do it 😀 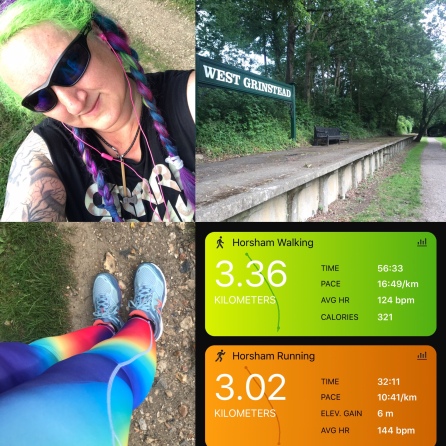