Well, this system seems to be working!!

By system I do of course mean this business of consistently doing the lifting that is set down on my programme and the workouts set by Mr Shaun T.

By working, I mean I am definitely getting stronger!

I can tell, because I can lift heavier things more frequently than I could before!

Tuesday was leg day…this much is probably obvious by the squat paddington… It was the first leg day of block 2 of the programme, which seems to mean the same exercises in a different order, consequently I had to do acessory legs first and big compound legs second… I believe this is known as Pre-fatiguing well it turns out my legs were already fairly pre-fatigued for reasons I will get to shortly, so I did 3 sets of bulgarian split squats then skipped to the 5×5 barbell squats. The other reason for this was we don’t have a leg press, we tried to substitute it for a landmine squat thingy but this seems to replicate the hack squat which is a thing that my ankles are no happy with at all!

so, 5×5 barbell squats, I did the first set at 70kg, which felt heavy…so Iupped the weight to 80 kg to see what would happen. I know this seems counter intuitive, especially considering i had never done 80kg before… but you never know unless you try and it turned out brilliantly! 😀

Wednesday’s lifting consisted of Upper body 1 session from block 2 of the programme, which was another rearranged set of exercises which caused me to have to attempt to push press after I had done some lat pullover exercises. Push pressing is something I struggle with, not only from a strength perspective, but from a mental perspective, I have a huge block in my brain that tells me I am going to overbalance and fall down when I do it. I never do though so I think I just have to keep going!

The push presses followed a similar pattern to the squats, the first one felt hard, then they got easier and by set 4 of 5 I decided to up the weight and much to my surprise managed 5 at 37.5 kg…I really really want to get to 40 soon. I suppose consistent practice is the way to get there… 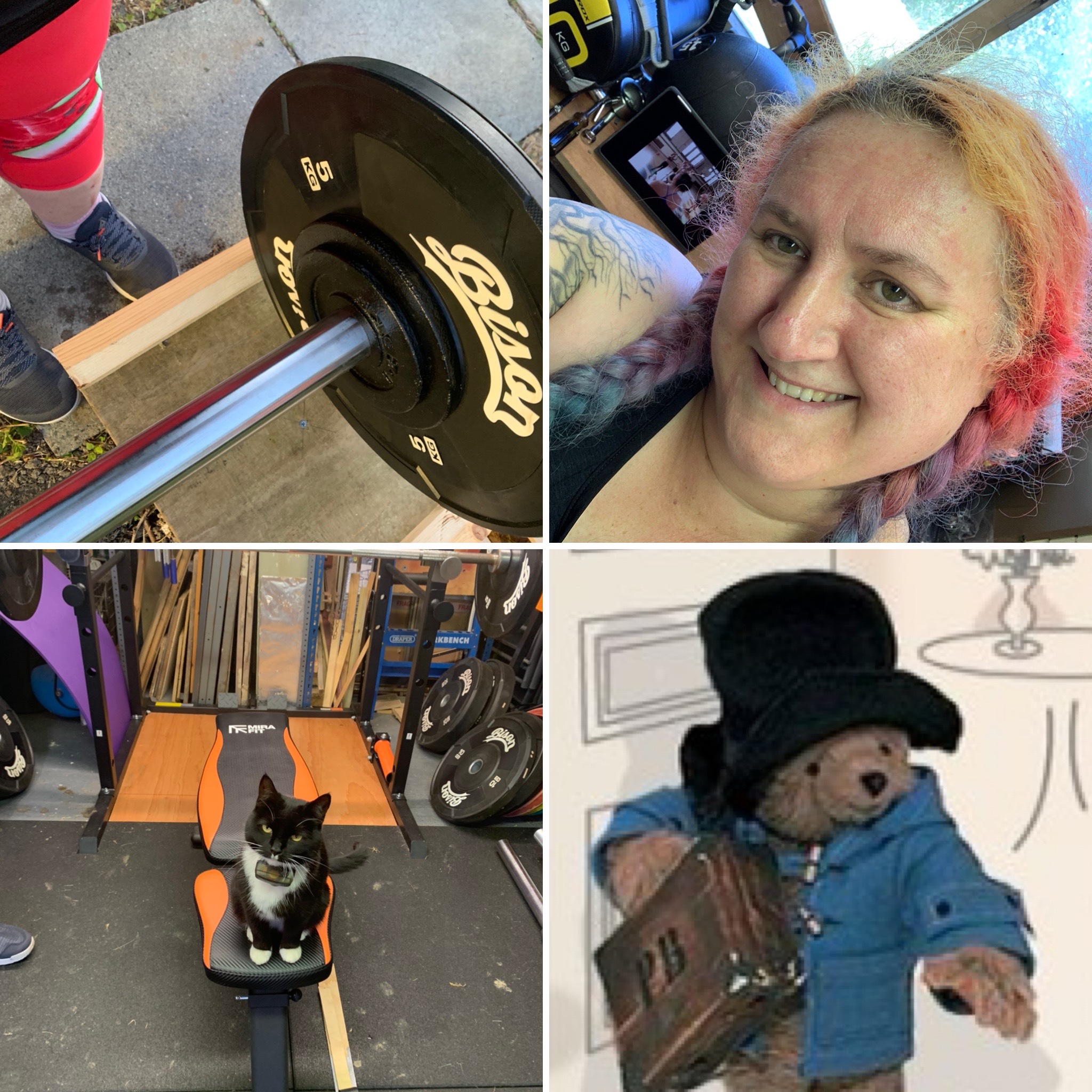 So that was the lifting 😀 and now for the jumping about…

Tuesday’s jumping about was ominously titles power legs, it was selected from Insanity Asylum (2) and was every bit as hard as that title makes it sound! Tuesday really really was leg day. I am really pleased with my progress though, I did a hard cardio leg workout followed later by a squat PB 😀 I guess the dig deeper mentality has its place 😀 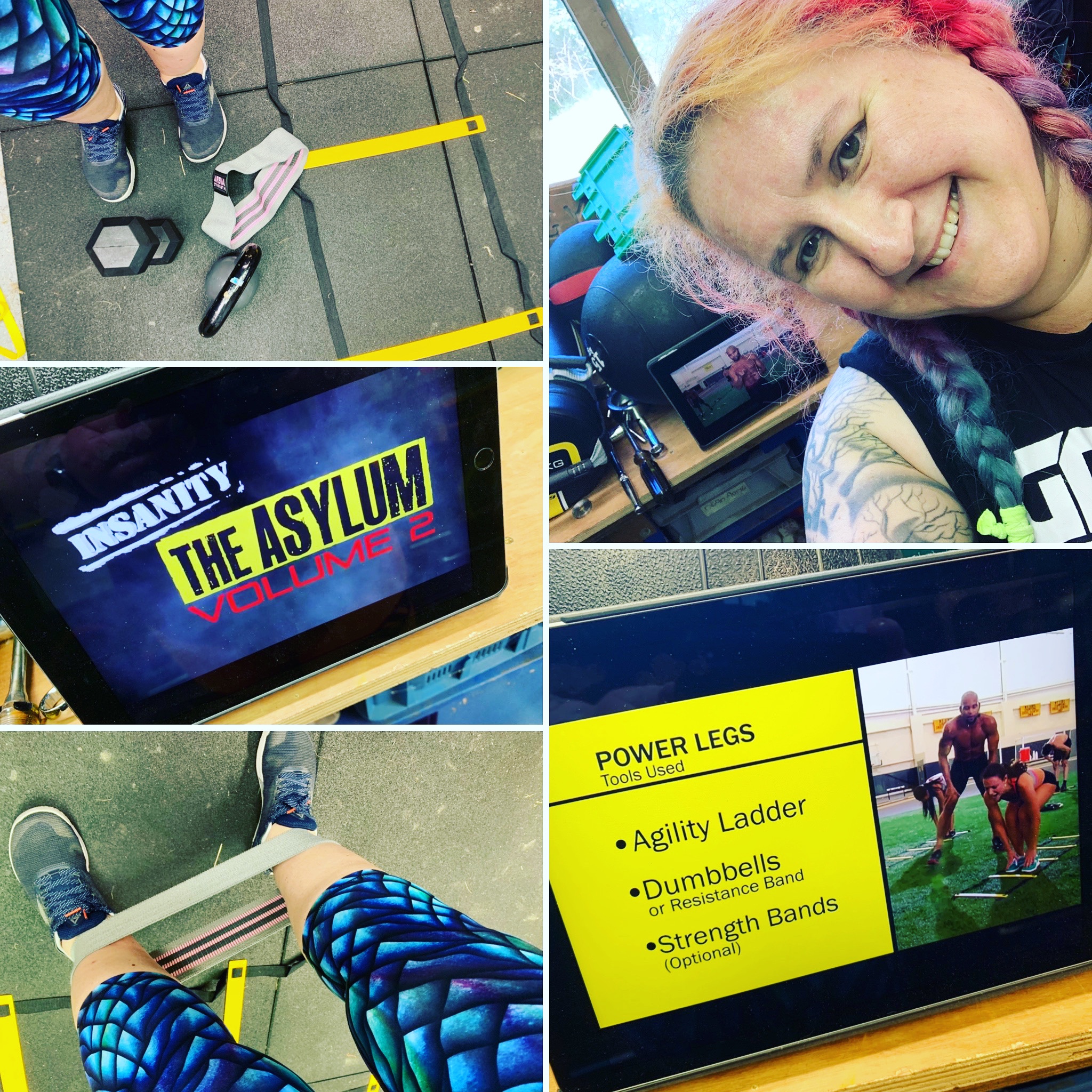 Wednesday’s jumping about was exactly that…jumping…lots and lots of jumping! It was OG Insanity Plyometric Cardio Circuit… Plyometric, literally means jumping 😀 I remember back in the dim and distant past, when I did this workout for the first time, I think I declared that Shaun T was trying to kill me…well don’t get me wrong, it is still hard and I still had to modify some of the jumps but I was so much better at it than I expected 😀 If you want to read about the first time I did this workout then have a look here “JUMP AROUND” I still love it 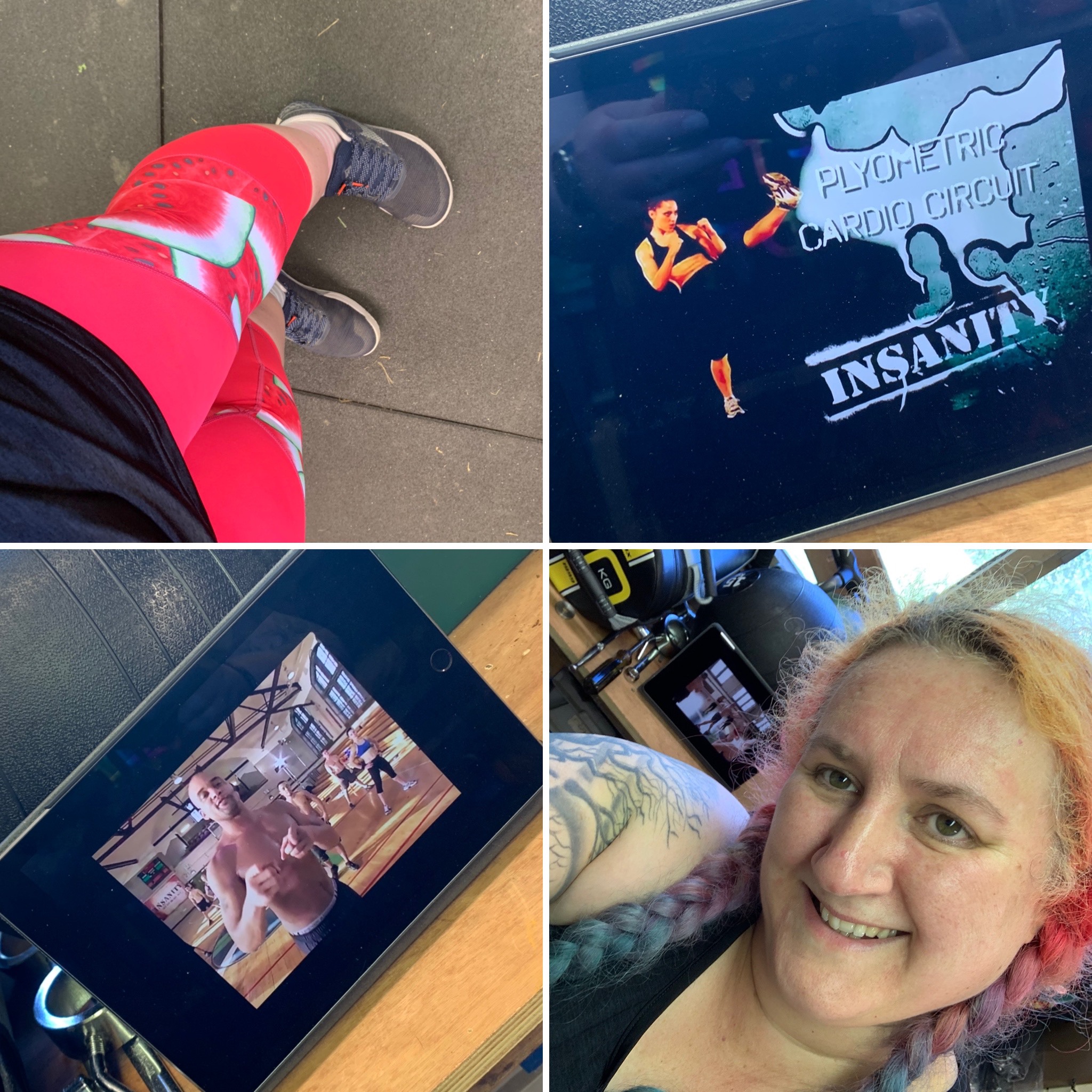 And that, is more or less it for the last two days…I did one little yoga session and went on one walk… but other than that it was pretty much paddingtons and jumping 😀

Not a bad two days at all!!