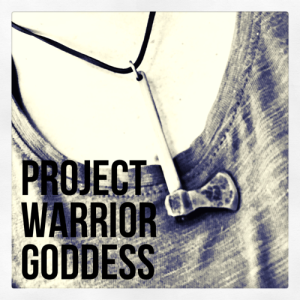 The essence of the new and improved PWG is self acceptance.

I have spent too long trying to change myself for other people. I believed I needed to be smaller to be acceptable to society. I unconsciously believed that I was only good enough to do things (dance, run, jump whatever) if I was smaller, lighter, thinner. I have no idea if this came entirely from me, influenced by society, or if I I was influenced by some of the people around me and their subtle comments  but it was only when it was stated outright by someone else that I realised that this was wrong. I was so angry that someone had dared to suggest that I was too “heavy” to do something. I hated that they saw me that way, I absolutely knew they were wrong. However, I realised that if I didn’t want other people to believe this about me, I needed to stop believing it about myself!

I am acceptable the way I am. More than that, I am awesome the way I am, I am capable and strong and intelligent and compassionate and I don’t need to shrink myself to be these things!

I do not need to change myself for other people.

This doesn’t mean I am no longer striving to improve myself, I have just realised that the improvement I want is different. Different to what I previously believed, and different to that dictated by mainstream society!

So, new and improved Project Warrior Goddess has the following goals:

New and improved, but the mantra is the same…Never beaten, never broken, my inner warrior goddess has spoken!